Book: The Latin American short-story in the 20th Century

The Latin American short-story in the 20th Century 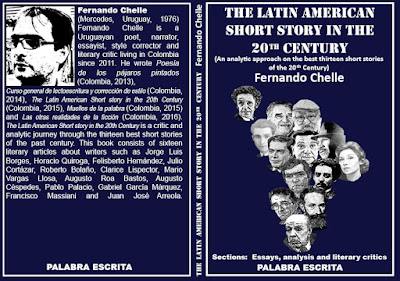 In the month of June in 2015, after publishing El cuento fantástico en el Río de laPlata (The fantastic short-story in Río de la Plata), I committed myself to keep working on literary essays, about short-story writers who had ventured into the fantasy genre, but this time, not only in the region of Río de la Plata; I was interested in extending those examinations in order to study different authors, starting with the Latin American ones. About the writers from my country, I had already worked on El almohadón de plumas (The feather pillow) by Horacio Quiroga, a short story about the unexplainable death of a woman after being attacked by a strange animal that lives in a pillow; I also had published two studies about Felisberto Hernández: one about the upholders and the detractors of his works, and another which approaches a literary analysis of the short storyMuebles: el canario (The canary: Furniture shop), a wonderful narration in which, in a very fantastic way, makes a ruthless critic to the media in service to the commercial advertising. I also had already worked on some writers who had approached the fantastic genre in Argentina. I had published a study about “El Aleph”, by Jorge Luis Borges, a story which main topic is the clash between one single person and the infinite, represented in an object; and, at last, with occasion of the Julio Cortazar’s one hundredth’s birthday, I published a study about La continuidad de los parques (Continuity of the parks), his terrific story in which the writer moves around the different levels of fiction with incommensurable mastery. One of the fantastic short stories I have always liked, which has had a great impact on me since the first time I read it was El guardagujas (The switchman), by Mexican writer Juan José Arreola, so I continued my essay journey about LatinAmerican short-story writers with that text. The switchman is a story that allows a multiplicity of interpretations, some more evident than others, but there we can appreciate a satire about the Mexican railroad system; a critic to dehumanizing mercantilism; an allegory about the fate of mankind; an absurd look to some political systems and social institutions; a great work indeed. After working in the story of Arreola, I decided to change my primary plans, I would no longer continue to look for stories with fantastic characteristics throughout the American continent, but I would choose the stories that I considered the best or more representative of each country. I realized that I would have chosen the foretold stories and put them in a selection of the best Latin American short stories of the past century. If I reduced my search specter only to those stories which held fantastic characteristics, I would be taking the risk of choosing stories of a minor quality because, as I expressed in the prologue of The fantastic short story in the Río de la Plata, that characteristic was more intense in the Río de la Plata than in the rest of Latin America. Thus, I decided to change the main project, which was writing a big essay about the fantastic short stories in Latin America (a job very unlikely to be finished, if you ask me), to a more ambitious and subjective one, writing a work about the best short stories and short story writers in Latin America in the 20thcentury.

Now that the work is complete, I see that it can be divided into four thematic blocks, something that wasn’t initially planned.  We have the block concerning the aforementioned five stories. A second block consisting in short stories about the teenager world. These tales are: Clandestine happiness by Clarice Lispector, a story about evil, moral suffering and the humiliation of a young girl in the hands of a girl from her same school; Día domingo (On Sunday) by Mario Vargas Llosa, a short story about the clash between two young boys for the love of a girl; in the end, we’ll approach Un regalo para Julia (A gift for Julia) by Francisco Massiani, which shares the teenager thematic with the other stories, but focuses in the insecurities and uncertainties of the aforementioned period of the life. The third block consists in only two short stories which axis is the Guerra del Chaco (Chaco War), a war that faced Bolivians and Paraguayans between 1932 and 1935. One of this tales is La excavación (The excavation) by Augusto Roa Bastos, a tale that narrates the agonic struggle of a man trying to achieve his freedom, in which he references both the internal Paraguayan wars and the mentioned Chaco War. The other short story in this block approaches the other side of the war, from the Bolivian side. I am talking about a story named El pozo (The well), a short story about the despair and hope of a group of bolivian soldiers who protect a barren well in which they try to get water from, uselessly, but for which they are willing to give their lives if necessary, in a totally useless war, like the Chaco War itself. Finally, in the fourth and last block of studied short stories, we will take a look into the works of three authors with an own characteristic voice that makes them different from the rest of the other writers. Here we will see Sensini, probably the most recognized and representative story by Roberto Bolaño about literary creation and literary contests. It is a text which unveils the struggling reality that exiled non consecrated writers have to coup in the small towns’ literary contests, which is not glory and recognizement, but just an economical relief that allows them to ease their daily needs. Another author with an own voice, that we can appreciate in this block of arbitrary classifying I decided to establish, is Gabriel García Márquez. From the Colombian author, I chose to analyze a tale titled Un día de estos (One of these days), included in his first short stories book Los funerales de la Mamá Grande (Big Mama’s funeral). It is a tale that shows a truce established in the ideological conflict between the people (represented by a dentist) and the Government (represented by a Mayor) and the reversion of roles in which the people, at least for a short moment, impose their rules. The last text in this block isUn hombre muerto a puntapiés (A man dead by kicks), written by the best Ecuadorian short story writer ever, Pablo Palacio. It is a story in which the main topic is the aggression, the violent behavior and the social problems deriving from the reluctance to accept different sexual preferences in the city of Quito by the times in which the author lived. 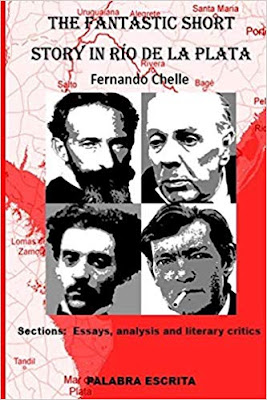 Prologue by the author
The fantastic storytelling mania 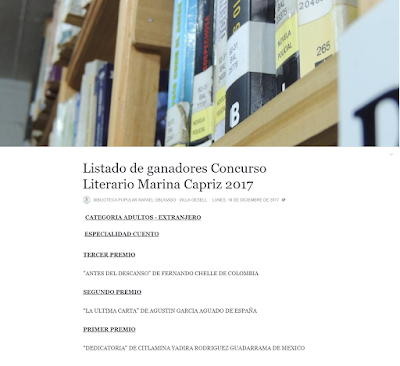 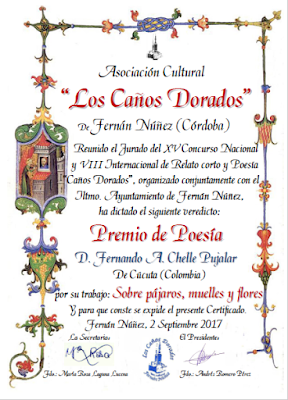 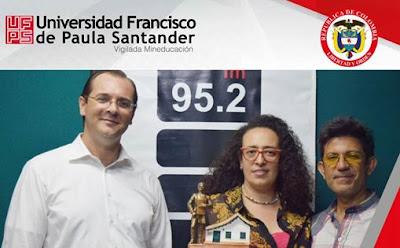 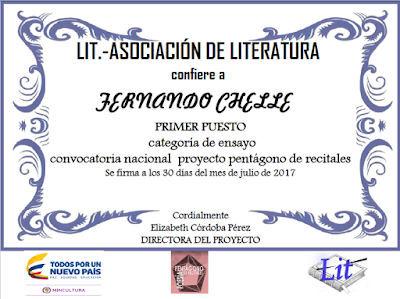 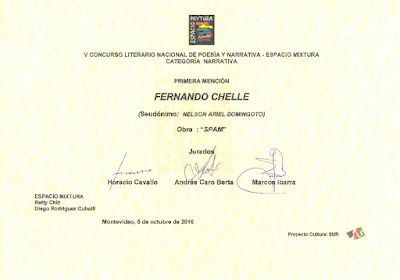 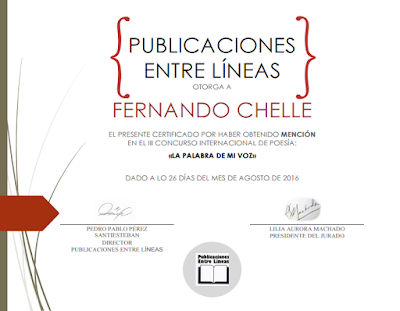 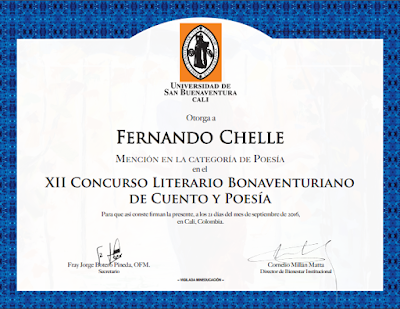 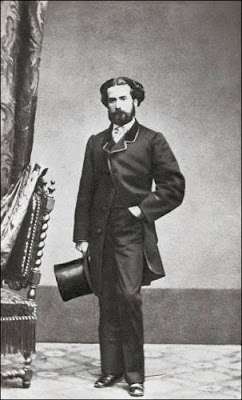 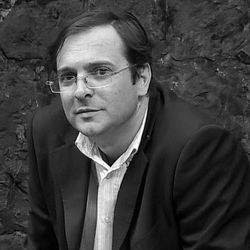